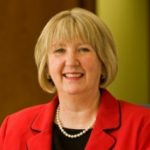 A recent decision of the Ontario Superior Court highlights the need for employers to keep up with these changes.  The case of Buaron v AcuityAds Inc. is now causing a stir.  Some employers see this decision as adding to their procedural requirements when hiring a new employee.  While this may not be the case, it has certainly clarified the procedural steps necessary to protect an employer who sends a Letter of Offer and then follows up with a more detailed employment contract.

In AcuityAds, a prospective employee had numerous discussions with the hiring CEO.  The CEO sent an email to the prospective employee detailing the results of negotiations.  The email was titled “Offer Letter”.  The Offer Letter set out the new employee’s salary, title, vacation and probationary period.   It did not contain any termination provisions.  The CEO referenced the need to sign some contracts later but did not stipulate that signing an employment contract was a precondition for commencing employment.

Some nine months later the employee was terminated for cost cutting reasons and only received the termination payment stipulated in the employment contract.  The employee wanted more.

The lawyers in LMR’s Employment and Labour Law group are able to assist employees and employers with Employment Contracts.