Extending the Limitation Period by Text – Signed, Sealed and Delivered 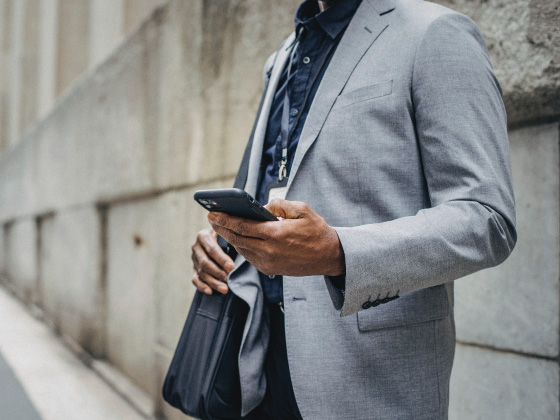 In 1475182 Ontario Inc. o/a Edges Contracting v. Ghotbi (2021 ONSC 2477), the court determined that a text message was an acknowledgement by party pursuant to section 13 (1) of the Limitations Act (the “Act”) and that the limitation had not expired as a result of this acknowledgement.

The core issue before the Ontario Divisional Court is whether the text message met the requirement of being signed by the person acknowledging the debt.

In Edges Contracting, there was dispute between a dentist and their contractor due to the dentist’s partial non-payment of the contractor’s invoice, in the amount of $24,521. The contractor’s work was last performed in March 2016 and the contractor issued their claim as against the dentist seeking $25,000 plus costs in relation to the partial non-payment of their final invoice on May 30, 2018. Therefore, the claim was issued outside of the two-year presumptive limitation period.

Both at trial and on appeal, the court agreed that the text message constituted an acknowledgement in writing signed by the person liable in respect of the contractor’s invoice and that the claim should be allowed.

The decision began by applying the Ontario Superior Court’s decision in Lev. Serebrennikov (2016 ONSC 2093), where Patillo J. held that an email bearing the debtor’s name constituted a signature. Although the court in Lev held that an email coming from the relevant person’s email could be found to be a “signature,” the court remarked that “the issue in every case will be one of fact concerning authenticity.” The judge in Edges Contracting attempted to address this concern by further extending the principle set out by their Superior Court colleague, finding that “the plain wording of [s. 13(10)] cannot simply be ignored… [the dentist’s] texts were obviously not ‘signed’ in the traditional sense. But s. 13(10) does not prescribe any particular type of signature.” They found that “it is incumbent upon the court to consider not just traditional means of affixing one’s signature to a document, but other, more modern means, including digital signatures.” Since there was no question that the dentist was indeed the author of the subject text messages, “the underlying purpose of s. 13(10) has been satisfied.”

Furthermore, the court found that the requirement for a signature had been met in this case as the “unique identifiers” associated with cellphones provide the equivalent of a digital signature upon each message sent by the user of a particular device. Therefore, the digital signature was sufficient to meet the requirements of s. 13(10) and costs of the appeal were awarded as against the dentist and the trial judge’s award of $25,000 remained payable to the contractor.

Although the outcome of this case was likely motivated to avoid patent unfairness for the contractor being out of time to bring a claim, the decision could be read as broadly interpreting the subject legislation in a way that was never contemplated or intended. This is pretty much admitted in the decision and it is questionable whether this will be good law moving forward.

It is also interesting that Justice Boswell relies on “unique identifiers” associated with cell phones without indicating the basis of this evidence. There does not seem to be any expert evidence that was called at trial to support this.

This decision seems to raise more questions than answers with respect to how Ontario courts will interpret section 13 of the Act moving forward and what will constitute a signature.

Will WhatsApp messages be considered authentic, given that they are encrypted and can be sent from a variety of devices? How can one validate the source of a message from Facebook Messenger if the user pleads that their account was compromised? These are limited examples of how the complex and ever-changing landscape of contemporary digital communications challenge the principles extended in Edges Contracting.

Although the case appears to extend the principle that an acknowledgement by text message is sufficient to extend the limitation period, every matter involves different facts and different issues. It should not be relied upon and we are not providing legal advice in this blog. Limitation periods are vital in determining whether a claim may be brought as against a party and are worthy of a separate blog post. We welcome you to reach out to any member of the Litigation Group at LMR if you would like further information about this issue or another matter.