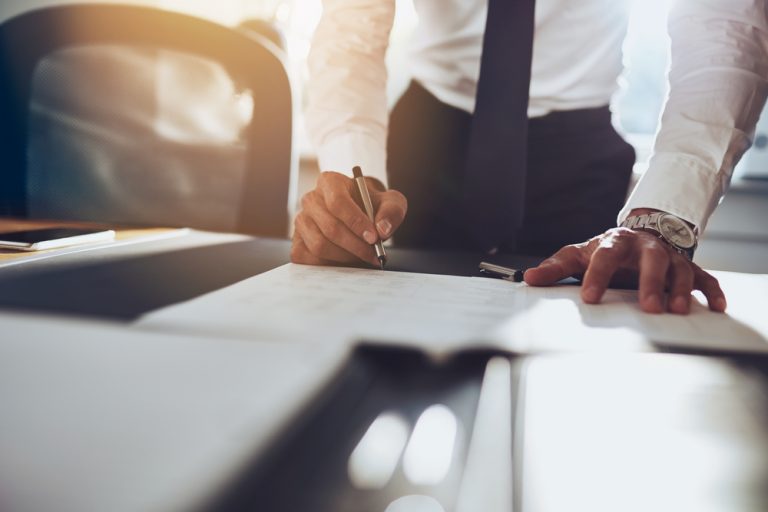 When should the Court allow the examination for discovery of a non-party?

A recent Ottawa decision[1] examined the issue of when it is appropriate for the Court to allow the discovery of a non-party.

On January 17, 2018, Master Champagne released her decision in the matter of Ghanim v. Ali following a motion which had been heard on December 15, 2017 and in which the Defendant sought to examine the Plaintiff’s wife for discovery.  The Plaintiff’s wife was not a party to the action. The Defendant’s motion was granted.

At his examination for discovery, the Plaintiff was unable to answer many of the questions put to him by the Defendant’s counsel, due to memory losses he states he suffered as a result of the motor vehicle accident.  At his examination, the Plaintiff answered more than fifty questions with “I don’t know” and answered other questions by responding “ask my wife”.   Other answers given were mostly prefaced with “they told me” or “she told me”.

The issue before the Court was whether the Plaintiff’s memory impairment was such that an order granting the Defendant leave to examine the Plaintiff’s wife was appropriate.

At the motion, counsel for the Defendant argued that the Plaintiff’s inability to answer questions at his examination for discovery, while not willful, amounted to a constructive refusal.

Master Champagne noted at paragraph 20 of her decision that she was “loath to say the plaintiff’s answers amount to a constructive refusal, as the term suggests willfulness or bad faith.” She further noted that she did not find that to be the case on the material before her but that, having reviewed the Plaintiff’s discovery transcript, she found that “the defendant has largely been unable to obtain the answers he requires and is entitled to through discovery.”

While the Plaintiff was willing to answer questions about his pre-accident life and post-accident fall by way of undertakings to be given at a second examination for discovery, Master Champagne stated that the volume of questions and the fact that virtually all of the answers would be by way of undertakings led her to conclude that the Defendant was unable to obtain the information to which he is entitled.  Furthermore, the Court concluded that “such a process would be impractical, unnecessarily cumbersome and inefficient and in contradiction to the spirit of Rule 1.04” of the Ontario Rules of Civil Procedure and the Court therefore exercised its discretion under that rule to make an order granting leave to the Defendant to examine the Plaintiff’s wife for discovery.

Master Champagne stated that “there is no doubt that the examination of a non-party should rarely be ordered” and stressed the fact that her “decision turned on the volume of information that would be subject to questions and undertakings given the Plaintiff’s memory impairment (…) and should in no way be taken to be an erosion of the Rules or an opening for the broadening of the discovery of non-parties.”

Summary/Commentary:   In the Superior Court of Justice (except in Small Claims Court), there is an automatic right to examine the opposing parties.  A party wishing to examine a non-party must seek leave of the Court for an order granting leave to examine the non-party, which order shall not be granted unless the person has information relevant to a material issue in the action, the moving party has been unable to obtain the information from the party to the action, it would be unfair to require the moving party to proceed to trial without the opportunity to examine the non-party and the examination will not unduly delay the commencement of the trial, entail unreasonable expense for other parties or result in unfairness to the person the moving party seeks to examine.

In most cases, an injured person’s spouse will be included as a party to the action, as the spouse can advance a claim for his or her own losses pursuant to section 61 of the Ontario Family Law Act.  Those losses typically include a loss of care, guidance and companionship (ie. changes in the spouses’ relationship due to the injuries sustained by the other spouse in the accident) as well as certain economic losses (such as a loss of income or the value of housekeeping and/or nursing services provided to the injured spouse).   This ruling is a reminder that a decision to not include a spouse in an action will not necessarily prevent that person from being subjected to examination for discovery.

Each case turns on its own facts.  If you or a loved one has been injured in an accident, contact one of LMR’s personal injury lawyers for information about your rights and obligations.